Roscoe the pit bull hugged mom after chewing up her shoes

Dogs have an innate sense of enjoyment, chewing on things. It’s a normal behavior in canines.

We know that anytime we bring a dog, something is going to end up destroyed at some point in their life.

One particular pit bull found his mom’s shoe and went to town on it.

Roscoe may have destroyed Mama’s shoe, but what he did after he was caught, cancels out any misbehavior that took place in that house!

When his mom asked him, “Did you chew Mama’s shoe up?” he laid there and stared at her and then looked down.

Oh, how the shame weighed him down! His Daddy then said, “Roscoe, tell Mama you’re sorry, give her a hug.”

He knew daddy wasn’t to be reckoned with, and he better mind him.

Roscoe slowly got up, walked over, and began leaning towards her. He then laid his head on her shoulder.

He climbed into her lap and was sure Mama had forgiven him because she wrapped her arms all the way around him and kissed him.

This sweet little pit bull shares a home with a canine sibling as well as a few kitty cats.

Roscoe’s gentle demeanor is evident in mom’s videos of him lounging with others. He is just one big cuddle bug! 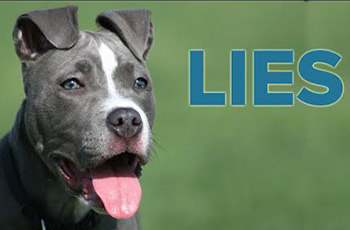 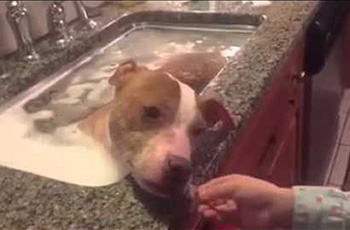 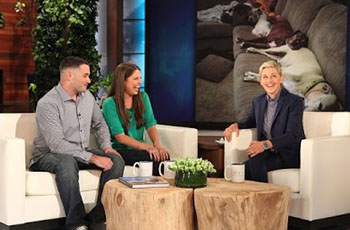 This ‘Pearl’ is Precious! A Pit Bull Defies all of the Odds Against Her

At first glance, you would not know that Pearl the pit bull END_OF_DOCUMENT_TOKEN_TO_BE_REPLACED 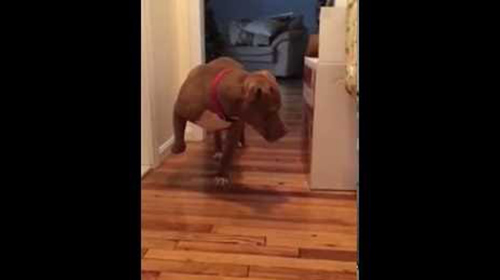 Pitbull Tip-Toes to Avoid the Cat! 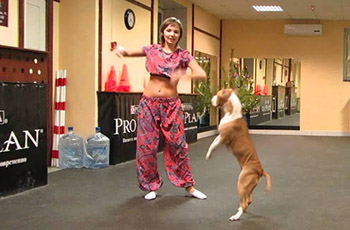 In the cold climate of Siberia, you will find a young lady, END_OF_DOCUMENT_TOKEN_TO_BE_REPLACED 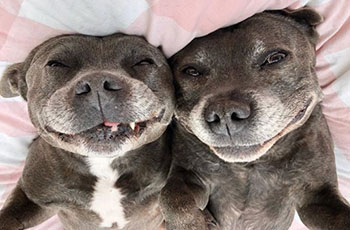 The “Blueboys” - Darren and Phillip @the_blueboysAs dog lovers, we are all END_OF_DOCUMENT_TOKEN_TO_BE_REPLACED