Are you looking to add an adorable Pitbull Beagle Mix to your family? 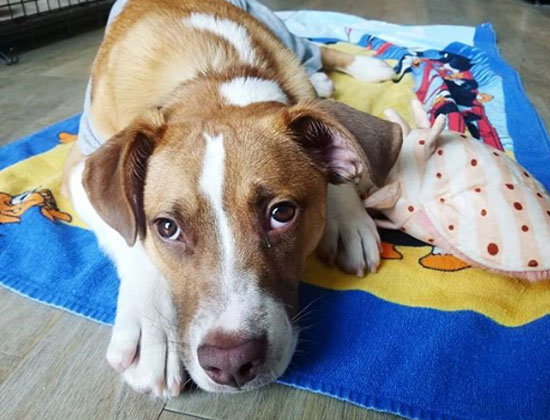 The Pitbull Beagle Mix is a new designer dog breed on the block. This dog finds its origins in the United States of America, and the breed has been around for about two decades.

This dog is loving, friendly, intelligent, and loyal.

In terms of looks, the Pitbull Beagle Mix is an adorable little dog with mixed features and looks to die for! This dog is an absolute sweetheart personality-wise as well.

In this blog post, I will go through everything there is to know about the loving and cute Pitbull Beagle Mix in as much detail as I possibly can.

So, let’s jump right in, shall we?

When it comes to mixed breed dogs, it is crucial to know a thing or two about the dog’s parent breeds since the dog gets half of his traits from one side of the family and, the half from the other. 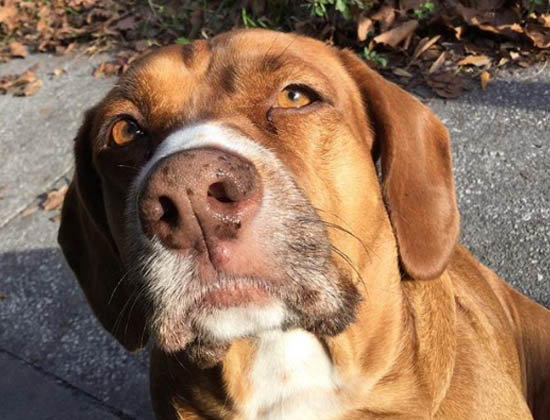 Mixed breeds are hard to predict in terms of looks, behavior, and temperament.

In this section of the blog post, I will quickly introduce the parent breeds to help you understand the Pitbull Beagle Mix better.

The Cute and Fierce American Pitbull

A companion or family dog, the American Pitbull Terrier, has a horrifying past that haunts the breed till date.

The dog was initially bred for bull baiting and, then, for dog fights. As bloodsport became illegal, these dogs started being bred to be companion and working dogs.

Pitbulls were tasked with being ‘nanny dogs’ as they were gentle with children. 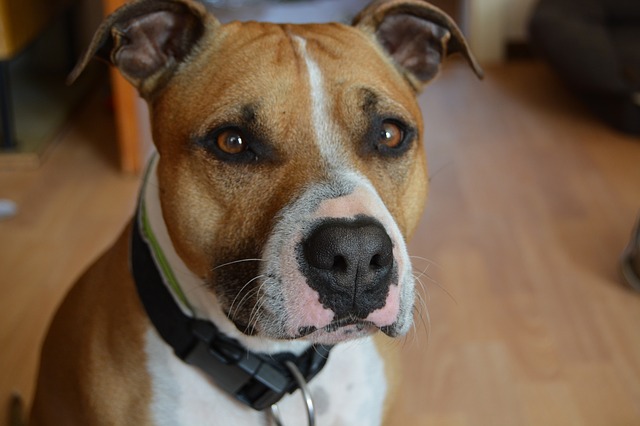 These dogs are brilliant, protective, and loving in nature. They need a strong-willed trainer as they can be a little stubborn as puppies and require a lot of socialization.

They are make excellent watchdogs as they have unmatched courage!

These small hound dogs were developed in Essex by Reverend Phillip Honeywood during the 1830s.

Beagles rank number 5 out of 193 in the AKC’s Breed Popularity index and are a popular dog breed in Canada and the United States.

These medium-sized dogs are friendly, merry, curious, and happy-go-lucky dogs are known for their excellent sense of smell. 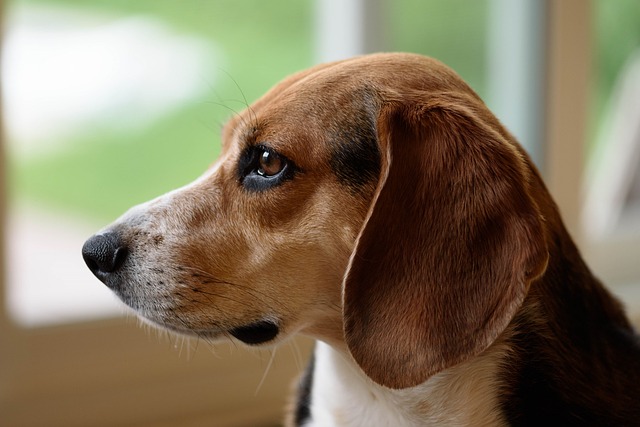 Beagles have a solid frame and build and are brilliant family or companion dogs that thrive on love, affection, and attention.

If Looks Could Kill: The Pitbull Beagle Mix Appearance

Since the American Pitbull Terrier and Beagles are so different in terms of looks, the Pitbull Beagle Mix looks rather interesting.

This dog unites various distinctive characters of the two dog breeds which give it its unique and lovely looks.

In this section of the article, we will go through the unique looks of the Pitbull Beagle Mix. 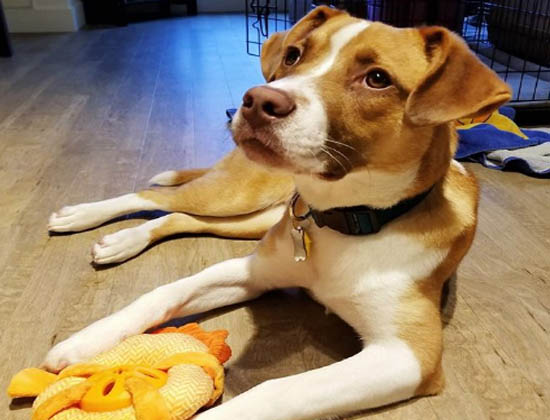 These dogs have a large head and body a Pit Bull while having the trademark ears and the face of a Beagle.

However, not all Pitbull Beagle Mixes look the same. In fact, two pups of the same litter could look drastically different!

Almost every Pitbull Beagle Mix is a unique union of the parent breeds.

Since Pitbull Beagle Mixes are a designer breed, they come in various colors because of genetic diversity. Take a look at some of the most common colors: 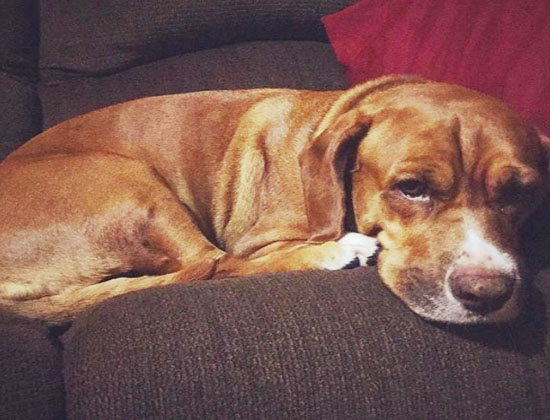 Commonly, Pitbull Beagle Mixes have a brown coat which is short and smooth. You should occasionally brush your dog.

I recommend using the pet grooming brush by Pet Neat as it is gentle on the dog’s skin.

You should also bathe your dog at least once a month.

The Pitbull Beagle Mix is a medium dog breed so, it is between 18-20 inches in height and between 30-40 pounds in weight. 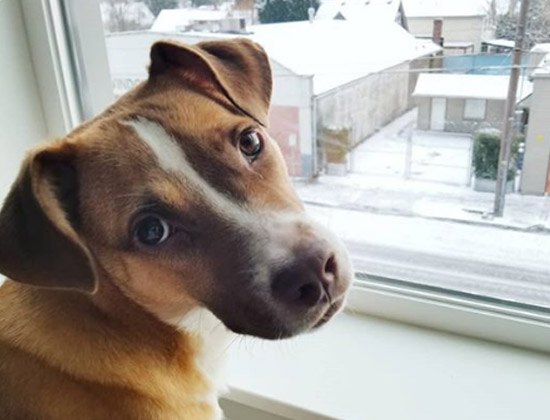 The Pitbull Beagle Mix females are slightly smaller than males in terms of size.

A Quick Look at the Temperamental Traits of Pitbull Beagle Mixes

Since the Pitbull Beagle Mix is a hybrid breed, it shares its characteristics and personality traits with its parent breeds.

Mixed breed dogs are quite unpredictable in terms of looks, temperament, and personality because it is hard to determine which parent a puppy will take after. So, your Pitbull Pug Mix can:

No matter what the percentage of expression of the mix is, the puppy you’ll get will be a unique  Pitbull Beagle Mix. 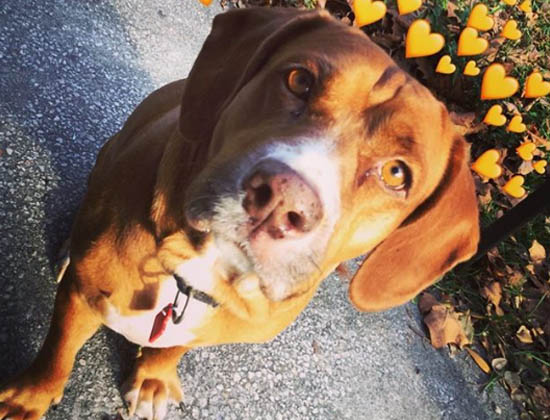 Some breeders do let you know the details of the percentage.

That being out of the way, let us take a look at the Pitbull Beagle Mix’s personality and temperament, shall we?

The Pitbull Beagle Mix doesn’t make a good watchdog as they are friendly in nature and get along well with other people and pets.

However, these dogs are incredibly protective of their families and can do anything to keep them safe. These dogs thrive on affection and don’t shy away from showering you with some.

These dogs love to spend quality time with their families. 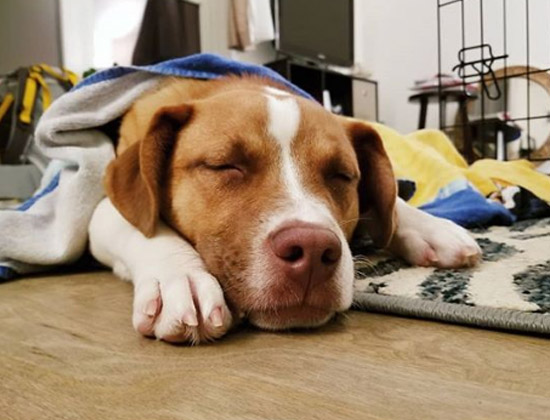 Pitbull Beagle Mixes alert you when something suspicious is going on by barking. However, these dogs aren’t excessive barkers.

Summing Up: A Quick Introduction to the Pitbull Beagle Mix

Did you find out everything you needed to about the Pitbull Beagle mix?

The Pitbull Beagle Mix is an energetic, loving, and loyal dog.

This dog thrives on attention and loves to shower his family with loads of affection. These dogs are always up for playing and are beautiful to look at. 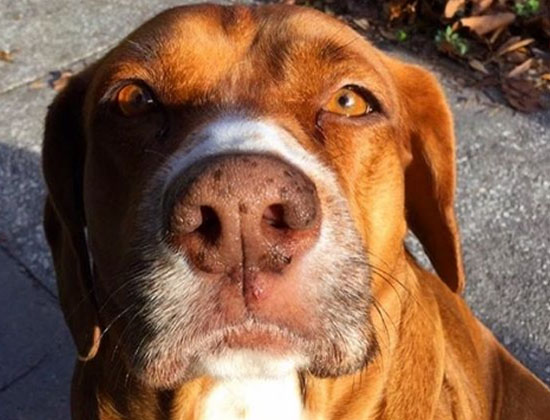 The Pitbull Beagle Mix is a designer breed which means it has the best of both worlds.

These dogs are energetic in nature and are good with kids which makes them an excellent family pet.

Have questions? Leave them in the comments, and I’ll get back to you as soon as I can!